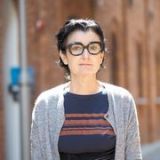 Graduate from the Ecole des Beaux Arts in Aix-en-Provence, and the Academy of Fine Arts in Warsaw. Many years’ participant of a seminar by professor Maria Janion. Curator of numerous exhibitions, co-author of albums, convenor of conferences. Scene and costume designer for theatre, television and film. The winner of the Teresa Roszkowska Award for decorations and costumes for plays such as S. Mrożek’s “Na pieszo” (“On foot”) at Stads Theater in Stockholm and St. Wyspiański’s “Legend” at Studio Theater in Warsaw. 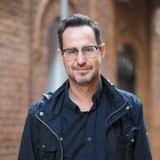 Programme consultant for the Jan Kochanowski Theater in Opole, Art Director and originator of the Directors' Debut Festival “M-Theater” in Koszalin; literary director at the Współczesny Theater in Szczecin, former art director of the J. Szaniawski Dramatic Theater in Wałbrzych and a long-time member of the artistic commission of the Kontrapunkt Festival in Szczecin. Director of around 50 plays on several polish scenes. 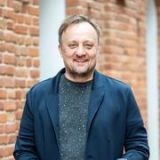