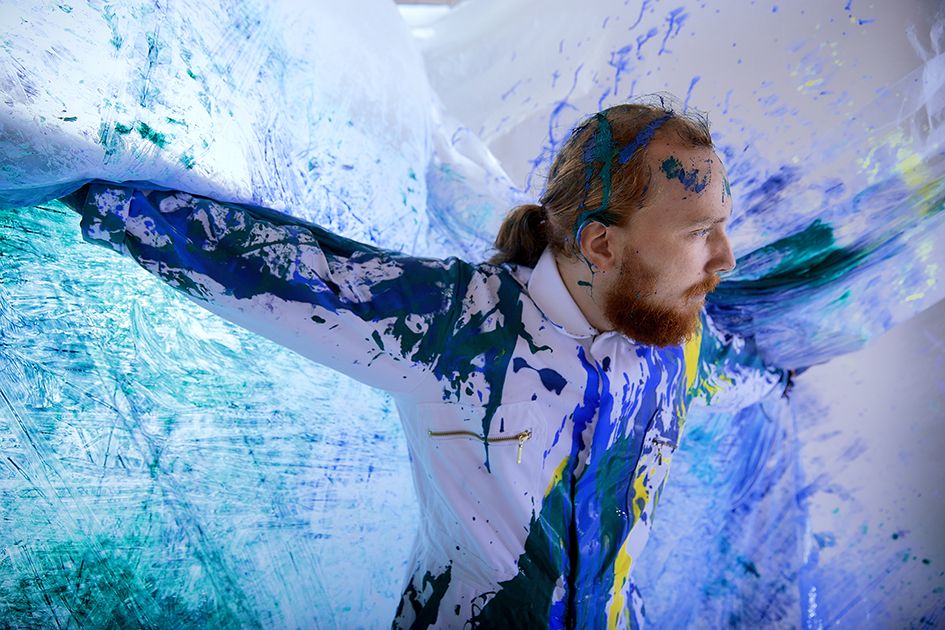 ‘Oceanic’, the debut album of the 25-year-old German artist, was presented to the world only two years ago and was hailed as one of the "most beautiful records of 2018". The new album, released in February this year, was born in one of the northern Europe’s most remote areas: a Svalbarg archipelago between mainland Norway and the North Pole. The rapidly changing landscape of these inhospitable islands, with temperatures never peaking above minus twenty degrees Celsius and sunlight hours are numbered at zero, indicates the more immediate and visible effects of climate change. This ever-present theme resonates with Paschburg’s music, searching for sources of energy and relief; both melancholic and positive, something to cradle us from anxieties, and to make us both dance and run.

The album, inspired by the northern winter, combines the neo-classical, ambient and electronic music in mesmerising, fascinating instrumental songs with blue and white arctic light and the thrashing of the storm present in the rhythm and  textures.

The album was recorded,  produced and mixed by Andy Barlow of Lamb, who remixed artists such as Damien Rice and Placebo and is a producer of the U2 songs.

in co-operation with and co-financed by:

Participation in the event is tantamount to accepting the Regulations of participation in the artistic events of the Łódź of Four Cultures Festival in 2020 during the Covid-19 Pandemic, under which each participant is required to submit a written statement including information about their health condition. The regulations (only in Polish) and statement form can be downloaded here.